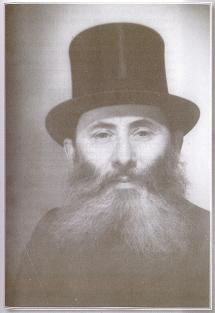 For Part 1, the Introduction see here.

In this essay, Rav Kasher answers the question, from a Torah point of view… Is one even allowed to go to the Moon? Also, some comments on the usage of an an unheard-of expression regarding the Moon…

Is there a place to use the idiom “The Holy Moon”

I was asked: A certain wise man gave a drasha on Shabbat, and mentioned the fact that people are flying to the Moon and that it is against Torah ideas, and he spouted from his mouth a sentence such as this “How can flesh-and-blood ascend to the holy Moon” etc. And there were among the congregation people who said it pierces the ear, and we have never heard an expression like this, that the Moon itself is holy. Others said since it says in the gemara that one who blesses the month [i.e. the Moon, in Kiddush Levana] in its time is as if they received the face of the shechinah [Divine Presence], and if it is allowed to say that receiving the face of the Moon is as if it were receiving the shechinah, in that case why would it be forbidden to say that the Moon is holy. And they asked to hear my opinion on this.

The answer: According to my little knowledge, I do not remember the description “holy” regarding the Sun, Moon, other planets or stars. And in halacha [Jewish law], the form of the Sun or Moon are considered idolatry, as it says in the mishnah (Avodah Zara, 42b): One who finds vessels and upon them are the image of the Sun or the Moon or the image of a dragon – they should be taken [and thrown into] to the Dead Sea. Also that is how the Shulchan Aruch decided the law.

Note Rav Kasher’s humility above: “my little knowledge” referring to his encyclodepic knowledge! Recall he composed the Torah Shleimah, compiling all rabbinic references to the Torah verse by verse!

[skipped ahead past further discussion of the phrase…]

Is there a reason based on Torah ideas to not go to the Moon, as people think based on the verse “the heavens are the heavens of the Lord and the Earth He gave to humanity” (Psalms 115)? As we have seen in the generation of the dispersion. See the Torah Shleimah, Genesis 11 and the midrashim cited there with respect to the generation of the dispersion.

A bit of explanation: By the “Generation of the Dispersion”, Rav Kasher is referencing the story of the Tower of Babel. At least some understand the sin of that generation was attempting to ascend to heaven(s). Others commentaries find fault with their desire to all remain in the same city and a refusal to spread out and “fill the land”, per God’s earlier statement, cf. below.

According to the commentators on Psalms, this verse does not discuss man ascending to the heavens. What we have seen in the midrash of chazal [the Sages] Tanchuma Va’era and Exodus Rabbah: David said: even though God decreed that the heavens are God’s heavens and the Earth was given to humanity, when he wanted to give the Torah He annulled His first decree, and said to Moshe “come up to God”.

However we find a geniza fragment with a midrash of chazal or a commentary of R. Saadia Gaon (see Torah Shleimah, part 1, errata) and it says thus: “‘Be fruitful and multiply and fill the land’ [Genesis ch. 1] teaches that humans are forbidden from dwelling anywhere but on the land.” And in GNZ”Sh (p. 10) he says it is from RS”G. He explains that the meaning of this drasha is the emphasis on the “land” specifically and not water. See Yerushalmi Moed Katan ch. 3 where Rav Yehudah forbids sea travel on the Great Sea. See the Ahavat Zion V’Yerushalim on Pesachim 61 […] and some explain that is because of danger.

[I Skipped a little here… -AG]

But on the Moon where there is no natural air for breathing to sustain human life – this shows that is not a place where people can dwell and therefore [not] a place where it would be forbidden for them to dwell instead of on land… Until such time – if we believe such a time will come – that it will be removed from danger.

And in all of this we are considering the trip itself of a person to the Moon. But obviously we must consider it from another point of view: That by going to the Moon a person annulls from oneself the fulfillment of Torah law, because it is impossible to fulfill them on the Moon. In our current state of affairs.

Notice how, in the second to last paragraph, Rav Kasher ends on a note of futuristic – “dawn of the Space Age” style –  hope: with an implication that someday, it will not be dangerous but “normal” for people to dwell on the Moon.