In honor of inyana d’yoma – “the topic of the day” – this post is about Star Wars and Torah.

If you’re not a Star Wars fan, my apologies. Also, if you really were mostly interested in the astronomy part of my posts: again, my apologies; it will return in future posts – this is just a timely post l’chvod the release of the new Star Wars movie. There’s still actual Torah to be learned here, though…

There’s Torah, everywhere – it surrounds us, binds us together… So there is Torah to be found in Star Wars as well. And if you don’t believe me, just ask ben Bag-Bag, famous rabbi of Pikei Avot (whose initials just happen to be suspiciously similar to a certain new starring droid, I’ve heard of…):

Ben Bag-Bag said: turn it [i.e. Torah] over, and [again] turn it over, for all is therein.

We find many statements of a mussar (ethics) nature that are found in the Talmud (or Bible) and have interesting parallels or similarities in Star Wars movies, usually from Yoda or Obi-Wan.

If you really love such things, you can do (there is no try!) this quiz: http://www.jta.org/2015/12/09/life-religion/star-wars-yoda-or-jewish-sage-who-said-these-quotes

I should also mention that I’ll be giving a class with a bit more focus on more of those, and more, this coming Monday at the DC JCC, for those in the DC Metro area.

Aside from many such statements, there are some larger overarching themes in the Star Wars stories that are dealt with in aggadah in the Talmud.

Turning to the Dark Side

One particularly troubling thing – particularly, at least, for my 5 year old – is how Anakin Skywalker can turn from being the good guy hero to the evil villain, Darth Vader. (Perhaps, as moviegoers, this was less troubling to those of us who grew up with Darth Vader as the villain, before ever “meeting” Anakin… but the philosophical question is still valid.)

The Talmud in Tractate Brachot, deals with a similar individual, perhaps…

Here we have a philosophical and ethical debate connected to a historical story: Can a tzadik – a righteous person – turn evil?

Abaye says “no”, despite a verse from Ezekiel implying that it is possible. Rava [Raba] says “yes”, it is possible for a righteous person to turn bad.

The Talmud challenges Abaye’s opinion with the example of Yochanan [Johanan] the High Priest, who, after serving faithfully in that office for eighty years, became a heretic. (A Sadducee; historians might have varying views of the Sadducees, but there is no doubt that from the point of view of the rabbis, they were evil heretics!)

Abaye counters with the claim that Yochahan was really one and the same as Yannai, King Alexander Jannaeus, who was apparently known to have always been evil. Thus a good person did not turn bad in this story – he was “always bad”. (This does disregard a generally positive view of Yochanan in many other places in the Talmud.)

Rava disagrees. He says Yannai and Yochanan were two different people. Yannai was always bad; Yochanan was originally good. However, this leaves Rava with no proof that a tzadik could possibly turn bad, but Rava adds that even an initially righteous tzadik can possibly turn evil.

Now, historically speaking, Yannai and Yochanan were definitely not the same person. Yochanan (a.k.a. John) Hyrcanus I, was Yannai’s father. Both were high priests and political rulers of the Hasmonean Dynasty, the son and grandson of Simon, the last survivor of Judah Maccabee’s brothers.

Yannai/Jannaeus is generally portrayed as a bad guy, both in rabbinic literature and other historical sources. Yochanan Hyrcanus, not so much so; there is a story in Josephus that he switched allegiances to the Sadducees, similar to this talmudic mention, but otherwise, he is frequently portrayed positively.

Nevertheless, the dispute here between Abaye and Rava seems to not be mindful of the historical facts, these seem to be less important than the ethical discussion… Or maybe Rava and Abaye are just speaking figuratively to illustrate their question: were they one and the same person and is it possible that a tzaddik went bad? (after 80 years!)

This is quite reminiscent of a heroic jedi knight such as Anakin Skywalker turning to the dark side: Are Darth Vader and Anakin really  the same person? Or did Darth Vader really betray and murder Anakin Skywalker… from a certain point of view? (A very loosely figurative point of view, perhaps… clearly, there is narrative continuity of one to the other.)

Obi Wan Kenobi seems to agree with Rava, from a certain point of view…

The Teshuva of the Jedi

Teshuva literally means “return” and I think this is a most appropriate translation in the context of the title of Episode VI, Return of the Jedi. I say Darth Vader/Anakin Skywalker is actually the Jedi of the title, not just Luke, and the reference is to his doing teshuva: returning to do good – to being a Jedi – at the end of the movie, which is also the end of his life.

Now, one might ask, does repenting/returning on one’s deathbed, essentially, from a life of evil, really “work” – is that real repentance? The Talmud has several stories that address this sort of question, and they all end up with the same thematic idea: יש קונה עולמו בשעה אחת – “there are those who acquire their world [i.e. portion in the after-life] in a single moment.”

Perhaps the most famous of these stories is the one about the martyrdom of Rabbi Hanina ben Teradion, killed by the Romans, and his executioner – who “wins” his portion of the world to come with a small amount of mercy he shows to the dying rabbi.

A less well known story, but one perhaps more similar to the end of Return of the Jedi, is the story of Ketiah bar Shalom (which might have been a pseudonym, not his real given name). He sacrifices himself to save the whole Jewish people, not just to make a single person’s death a little less painful.

We have seen two stories showing someone who “rebels” against an evil Empire or Emperor. In both, there is someone who previously served the Empire/Emperor but turns against the Empire to do good to save (or at least slightly help, in the R. Hanina b. Teradion story) Jews – and pays for it with his life and both are announced/invited to a portion in olam haba – the world to come.

It would almost be redundant to point out how similar these sound to the end of the Darth Vader story: He too turned (back) to do good after a career serving the evil Emperor and Empire, in order to save both an individual Jedi – Luke – and the whole galaxy. He also sacrifices his own life in the process of  “returning” and then is shown to have secured a place in the afterlife (being one with the Force, alongside Yoda and Obi-Wan.)

There is another such story, about one ר”א בן דורדיא – R. Elazar ben Durdaia, who also repents from a lifetime of sin just before dying, and also is “invited to the World to Come”. (For space reasons, as well as to maintain a PG-13 rating, I won’t quote the whole story here. See b. Avodah Zarah 17a to read it for yourself.) Again, the story is punctuated by Rabbi [Yehudah HaNasi] crying and saying:

Rabbi [on hearing of it] wept and said: One may acquire eternal life after many years, another in one hour! Rabbi also said: Repentants are not only accepted, they are even called ‘Rabbi’! (b. Avodah Zarah 17a)

However, unlike the previous such stories Elazar ben Durdaia’s sins (licentiousness…) and repentance are purely personal and do not save others. His story also shows that no one is too far gone to return, even at death’s door, and even if you don’t save the whole Galaxy or Jewish people in the process. However, in an interesting twist, the Talmud adds on the (otherwise undeserved) posthumous title “Rabbi” – much as the title of Episode VI returns the title Jedi to Sith Lord, Darth Vader, in recognition of his final act of return.

I hope you enjoyed this brief foray into Torah and Star Wars. There is, of course, much to learn… Did I mention my upcoming class – of the same title as this post – at the DC JCC for those of you in the DC Metro area – Monday Dec. 21 at 7:30:

http://thejdc.convio.net/site/Calendar?id=151543&view=Detail
Enjoy the new movie, and…

Remember, The Torah will be with you, always… 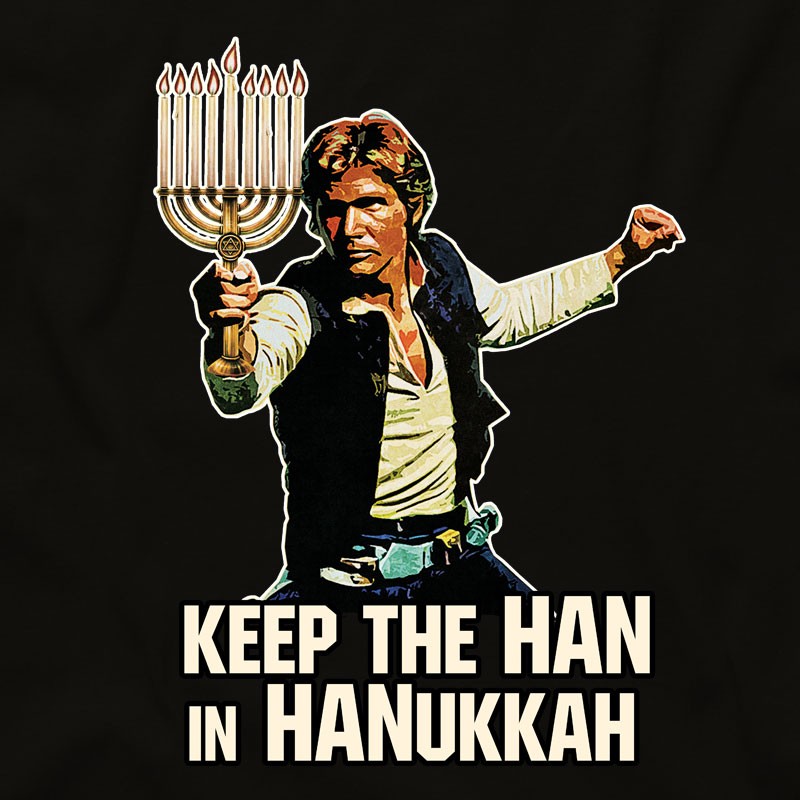